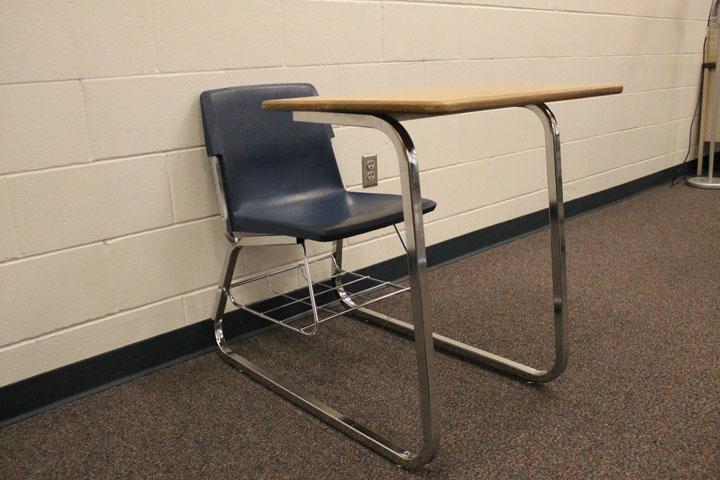 A South Carolina school resource police officer has been fired because he allegedly flipped a high school desk and the girl sitting in it before tossing her across the room.  According to multiple news reports, the altercation started when the student refused to leave the room.  Several students in the room captured the whole event on their phones, and the video has since gone viral.

North Platte High School also has a school resource officer.  The question on several students’ minds is whether this type of police intervention is a possibility at NPHS. School Resource Officer J. Johnson said if a student is disruptive to the safety or education of others, his protocols are different than the faculty’s. “As law enforcement, if somebody commits a misdemeanor in our presence, which disturbing the peace is, or if I ordered someone to leave and they disobeyed, that would be obstructing justice, I can physically remove or restrain people to comply,” he said.

Sophomore Benny Brockmoller said police officers shouldn’t be allowed to do something like that. “The only time they should use that kind of force is when the person is trying to do harm to them. In the video, she clearly isn’t,” he said.  Senior Clover Doherty said, “If an officer can’t apprehend a teenage girl without flipping her over a desk and tossing her across the room, then they obviously need more training.”

Johnson said it is difficult to assess whether the South Carolina police officer was correct in how he handled the situation. “I don’t want to speculate on whether what the officer did what was right or wrong based off of  30 seconds of video because we don’t know the whole story,” he said. The Federal Bureau of Investigation has been looking into the incident to see whether or not Fields committed a crime.  The US Attorney’s Office is investigating if the teenage girls civil rights were violated.

However, Johnson said that he thinks the students and faculty at NPHS are good, and doubts whether it would ever escalate to a point where he would be involved. “If I have to get involved, there’s a safety issue for the students and that’s our utmost goal…safety of our students,” he said.