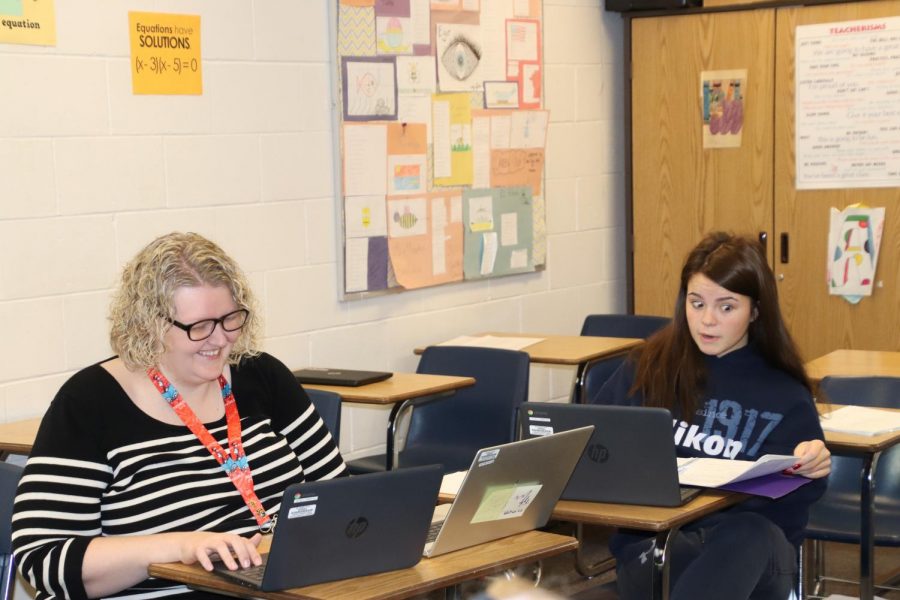 Almost half of all U.S children have experienced some sort of trauma, according to the National Survey of Children’s Health (NSCH). These children spend the majority of their time in classrooms, more specifically, with their teachers.

“When I signed my teaching contract…I didn’t realize that ‘other duties’ meant attending funerals of other students…I didn’t realize it also meant loving a ton of teenagers who come into my classroom with more problems than I have ever seen in my entire life,” North Platte High School teacher Brittany McDaniel said in a viral Facebook video that has 2.4 million views.

Sleepless nights, anxiety, barely eating, and feeling sick to your stomach are not often associated with being a teacher, but for many, it is a part of the job. Secondary trauma syndrome (STS) mimics post-traumatic stress disorder (PTSD), and is described as secondhand exposure to trauma through a narrative or firsthand account of that event.

STS has recently gained exposure in the education world. One teacher from Lincoln High School went viral after giving a TED talk on how to support the emotional well-being of teachers.

This is a problem that most teachers deal with. “I think even the most removed and least emotional teachers get involved,” McDaniel said.

Some teachers believe that it is hard for them to see students struggling because of how much they care. “We care so much about our students that you can’t help but be affected if you see them hurting,” math teacher Sasha Welch said.

According to some of North Platte High’s teachers, it becomes difficult to leave the trauma of their students at school, “I find myself at home thinking ‘Oh wait, what if I talked to them about this?’ or ‘I wonder if that would work’,” guidance counselor Susan Horne said.

Guidance counselor Matt Kaminski knows that second hand trauma can take a toll on teachers/counselors. “As a teacher, when you know a kid is going home to some struggles…it eats at you,” he said.

However, Kaminski believes there should be some sort of boundary separating home and work life. “It’s important to leave your work place and your home life separate unless there is an emergency,” he said.

Welch agrees that teachers should sometimes step back. “It’s important to know that I still have to draw a line,” Welch said. “I know that I have to get [enough] sleep, so I can be at my best the next day in the classroom.”

There are more resources and training offered to teachers on this subject now than before, but some teachers feel like this is still not enough to prepare them. “There are some really tough issues that I talk with students about that I wish I had more knowledge on how to help them with,” Werkmeister said.

Welch believes that building a bond with students is important and translates to better grades. “I think that kids do better in my class because they know I care,” she said. Welch believes it is in the nature of a teacher to want to help their students and make sure they do their best. “Even though we say we are going to walk out of the door and shut it off [students] are still in our heads and our hearts,” Horne said.