The man behind the name on the wall 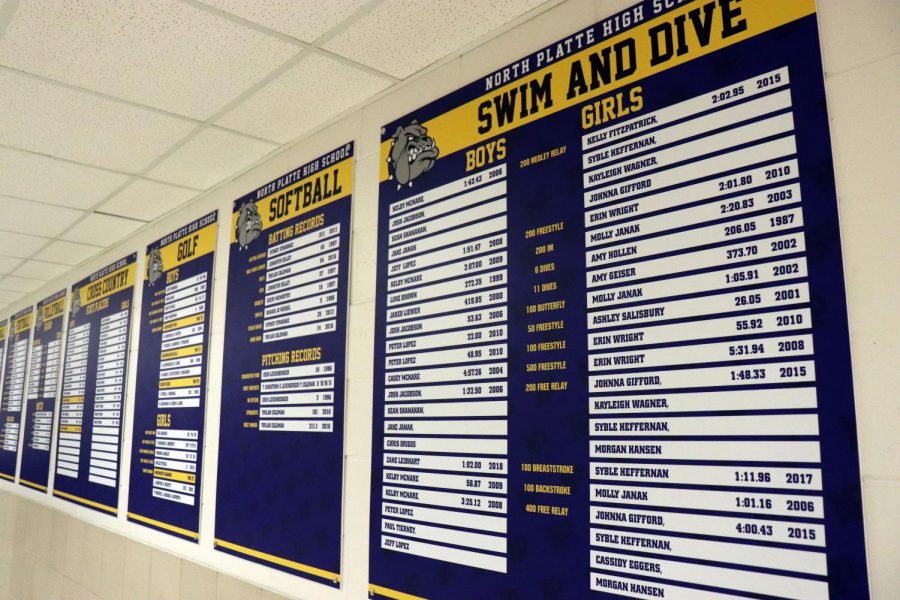 His name is one of the many we pass on our way to the locker room: Jareb Liewer.

Knocking his name off of that board was my goal this year; a feat I accomplished in January when I scored 457.

He was just a name.

Then I found out who Liewer really was–record breaker, “American Idol” contestant, circus stilt walker, and the lead singer/guitarist of the band, Suez.

Liewer auditioned for “American Idol” in February 2010 in Denver. He then advanced to the “Hollywood round” to compete for the semi-finalist but did not make it.

Although his audition was not televised, Liewer said he still enjoyed getting judged by Simon Cowell, Ellen DeGeneres, Randy Jackson, and Kara DioGuardi. “It was a really cool experience,” Liewer said. “It inspired me to move to LA.” He shared the season with performers such as Todrick Hall, a judge/choreographer on “RuPaul’s Drag Race,” as well as Tori Kelly, who just won two Grammy awards.

Liewer is in a band, Suez, with two other friends. “The band is a three-piece electro-pop alternative rock-powered trio,” he said. Suez comes back to North Platte on occasion to perform. “I would love to come there and send a bunch of high school students who are in orchestra or band sheet music,” said Liewer. “It would be super cool to have a filled-out orchestra for a few songs.”

Shortly after arriving in Los Angeles, Liewer moved in with some of his circus friends. “I have a big gymnastics background and diving background, so I got sort of into the circus and music world,” he said.

Liewer owns a pair of stilts, consisting of wrestling shoes and long pieces of wood; they make him about 10 feet tall. “A bunch of friends of mine are really great costumers,” he said. “They custom make these pants that are also 10 feet long that can go down over the stilts.” Dressing up for whatever the occasion is, they get to dance and sing and swing around. “A really fun way of supplementing my income is jumping up on stilts,” said Liewer.

Liewer set the previous school record at the State diving meet during his senior year. Liewer had hoped to place first at the competition. “It was close, but I didn’t win gold; I beat a record,” said Liewer. “It’s also the crappy consolation prize that’s like, no gold medal for you, but you got your name on a board!”

Former swim and dive head coach Jon Beggs remembers Liewer as fun to coach because there wasn’t any dive he wouldn’t try. “He was throwing threes, three-and-a-half forwards, and two-and-a-half backs; he was an excellent twist diver.” 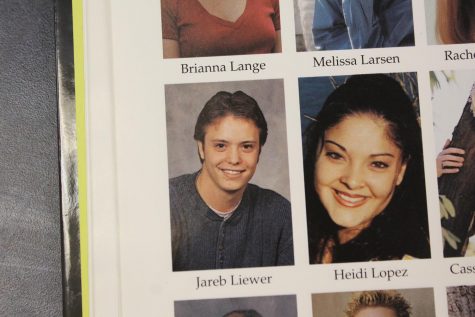 Liewer’s background in gymnastics helped him to translate his success from the ground to the springboard. “I’ve had some really good divers over the years, he was the most natural diver of the bunch,” Beggs said.

If high school-Liewer and I had a dive-off, I think he would beat me. I believe Liewer was a better diver than me because he threw harder dives than I do now.  It makes me wonder how I broke his record.  Even though my name will soon replace his, Liewer has still left a legacy.  He’s inspired me to get the courage to try tougher dives off of the 1-meter springboard.