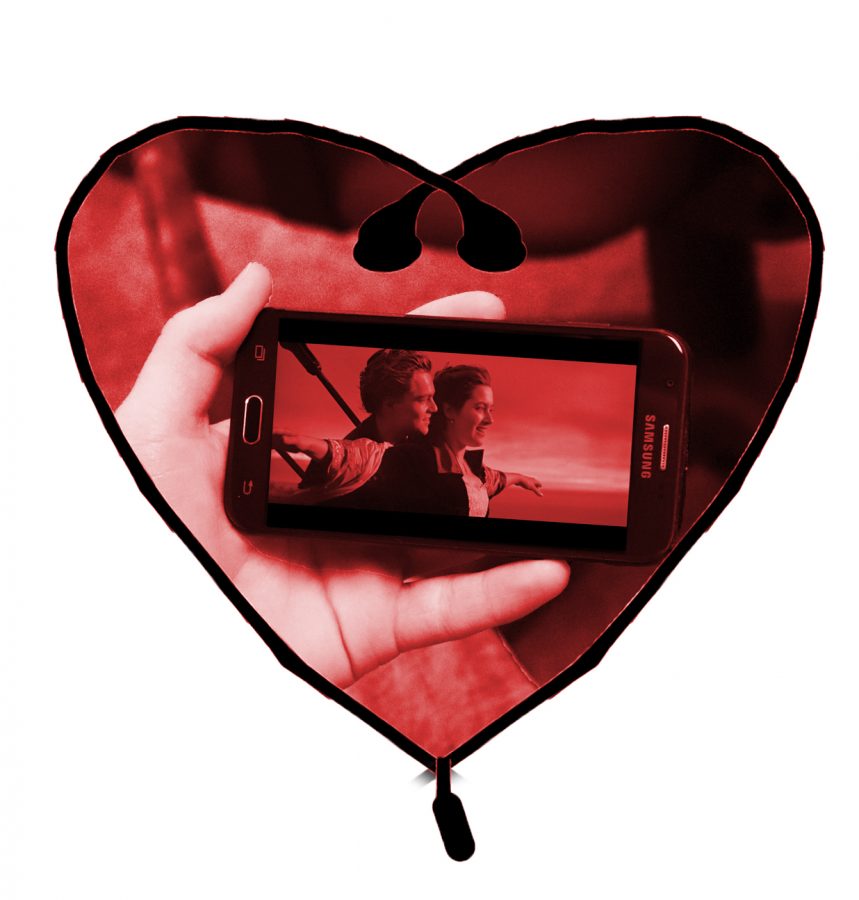 Just like the concept of love, these songs will never die. They will just find another way to go on.
Ever since the first “Love Stinks” article published in the February issue of “The Bulldogger,” I have been dreaming of the day I could continue. So many awkward metaphors, strange backstories, and even weirder lyrics just begging to be dug up. This latest batch of strange love songs is no exception. Sure they are different, but that just makes them unique, and that is why they need to be shared.

“Somebody’s Baby” – Jackson Browne
Making its debut on the soundtrack for Fast Times at Ridgemont High, the lyrics tell the story of a guy that is utterly infatuated with a girl, but lacks the courage to express his feelings. Trying to ignore it at first, he tells himself, “She’s probably somebody’s only light, gonna shine tonight, yeah, she’s probably somebody’s baby, all right.” With each verse his courage grows until the end. “Well I’m just gonna walk up to her, I’m gonna talk to her tonight.” The meaning it was meant to convey is timeless and speaks to me on a deep level. Having felt the same way in the past, I feel connected to this song in a weird way I can not explain.

“Lola” – The Kinks
Infamous in it’s own right, “Lola” is surprisingly based off a true story. Singer and songwriter Ray Davies claims in the band’s autobiography, The Kinks: The Official Biography, that he came up with the lyrics after watching their manager get drunk at a club and begin dancing with a drag queen. Davies said, “‘Lola’ was a love song, and the person they fall in love with is a transvestite. It’s not their fault – they didn’t know – but you know it’s not going to last. It was based on a story about my manager.” Weirdly enough, “Lola” is mentioned in a later song by The Kinks called “Destroyer.” The relationship however is unclear. I like this song and the potential political incorrectness adds an extra level of guilty pleasure.

“Year of the Cat” – Al Stewart
Strap in, this one is weird. Stewart originally wrote this song about English comedian Tony Hancock upon seeing the performance he did before an intentional overdose in Australia. It was called “Foot of the Stage.” The American record company had never heard of Hancock so they refused to take the song. Eventually, Stewart took the Year of the Cat from a book on Vietnamese astrology, no joke. Problem was, he did not have the lyrics to match… until “Casablanca” came on the TV. He just took the plot to the movie even mentioning actors Peter Lorre and Humphrey Bogart. Lucky for Stewart, his wordplay is every bit a beautiful as the movie that inspired it.

“Long Cool Woman (In a Black Dress)” – The Hollies
Really there is nothing to say about this song, it explains itself. “Saturday night I was downtown, working for the FBI, sitting in a nest of bad men, whisky bottles piling high, bootlegging boozer on the west side, full of people who were doing wrong, just about to call up the D.A. man, when I heard this woman singing a song.” It was love at first sight. He rushes her out before the backup arrives and a shootout commences. It is a unique song that I feel happy just to know about. I always count on it showing up in my playlist.

“Bat Out Of Hell” – Meatloaf
The definition of crazy, this song is about a man who gets in a motorcycle crash on the way to see his love. Everything about it just screams over the top, and that is what they were going for. Producer Todd Rundgren claimed they were set on out-doing singer and songwriter Bruce Springsteen with bigger and showier love songs. “If Bruce Springsteen can take it over the top, Meat Loaf can take it five stories higher than that – and at the same time, he’s this big, sweaty, unappealing character,” said Rundgren. In a way, it worked. This song’s debut album of the same name is the fifth highest selling album of all time. Something Springsteen has yet to even come close to.

“(Don’t Fear) The Reaper” – Blue Öyster Cult
Lead guitarist Donald Roeser (AKA Buck Dharma) wrote this song with a rather grim idea in mind: what if he were to die at a young age? Naturally, rumors were that it was about suicide but Dharma has come out against the idea. In an interview with College Music Journal, he said, “I felt that I had just achieved some kind of resonance with the psychology of people when I came up with that, I was actually kind of appalled when I first realized that some people were seeing it as an advertisement for suicide or something that was not my intention at all. It is, like, not to be afraid of it (as opposed to actively bring it about). It’s basically a love song where the love transcends the actual physical existence of the partners.” So, that’s why it is a love song.

“Radio Ga Ga” – Queen
Drummer Roger Taylor wrote this to protest the commercialization of radio. He was watching MTV and realized that kids would no longer be happy with just listening. Just like the song says, “We hardly need to use our ears, how music changes through the years.” Functioning as a pep talk, it speaks directly to radio, encouraging it to reclaim the glory it once had. Predictably, it did not get much radio play but was considered by many to be the highlight of Live-Aid in 1985. To me that is a shame. I would put this song up with any of Queen’s other hits.

“Every Breath You Take” – The Police
Technically this is a love song but not in the way you might expect. In reality, it is about an obsessive stalker. I mean, with lyrics like: “Every move you make, every step you take, I’ll be watching you,” it should be pretty obvious. However, it is meant to sound like a normal love song with no ulterior motive. In a 1983 interview for New Musical Express, frontman Sting commented on the common misinterpretation saying, “I think the ambiguity is [essential] in the song however you treat it because the words are so sadistic. On one level, it’s a nice long song with the classic relative minor chords, and underneath there’s this distasteful character talking about watching every move. I enjoy that ambiguity.” As for myself, I am just sick of constantly hearing it on the radio.

“Magnet and Steel” – Walter Egan
Charting at number 8 in 1978 on the Billboard’s Hot Top 100… somehow?! This song is the single most awkward metaphor I have ever heard. It was written about former Fleetwood Mac singer and solo artist Stevie Nicks, specifically the feelings Egan had developed working with her on a previous song. No, really. He came up with this on his drive home from the recording studio. Thankfully, this was his only solo hit. In case anyone was wondering, Egan’s other work includes being part of The Flying Burrito Brothers and Spirit (the band that sued Led Zeppelin for copyright on “Stairway to Heaven”), so I guess he has that going for him.

“White Wedding” – Billy Idol
There are some misconceptions about this song that need cleared up first. It is about a wedding obviously enough, but that is where the meaning gets lost on most people. Despite repeatedly saying “little sister” it is not about Idol’s sister. Instead, it is slang for girlfriend. The song is really about someone’s girlfriend marrying another man while he is still in love with her. Billy Idol came up with the title and worked backwards from there. Other than that, there is not much to say. By far, it is not my favorite song.

Love brings people together, but these songs are tearing me apart. Every time I feel compelled to find the the best of the best, the weirdest of the weird, I go deeper down the rabbit hole. My favorite on this list would have to be “Somebody’s Baby” because, like I said, I feel a strange connection to the lyrics. The best part of this music is that you can draw your own connections.