We CAN make a difference 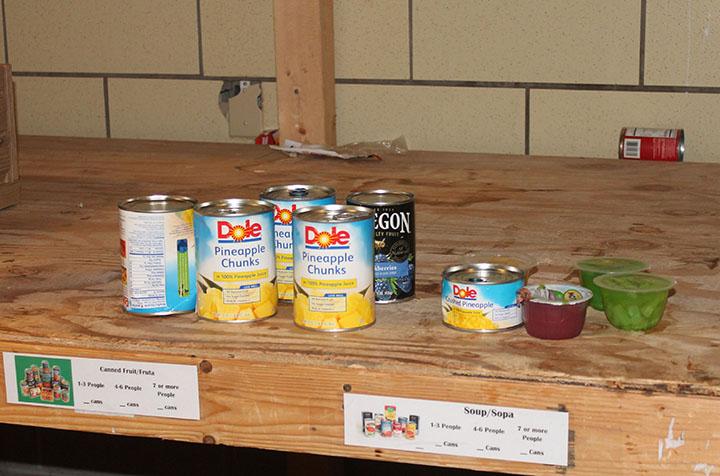 “When I was a kid I would look at someone who was homeless and think they were uneducated or didn’t have good parents. There was a zero percent chance 20 years ago that I would’ve ever thought I’d be homeless,” said Rick Lenz, a 44-year-old member of the Lincoln Connection in North Platte.

Lenz was a college football player whose career ended junior year when he was injured. He began using drugs because he felt inferior, but wanted to feel popular and be the center of attention whether it was positive or negative. He was addicted to methamphetamine for 18 years and struggled off and on with homelessness in Sioux City, Iowa. “Things can change so fast and certain things can happen in your life, such as cancer, injury, or addiction; it can change your life instantly. Suddenly it’s real, and you don’t know how to change it because you don’t know how it happened,” he said.

Somewhere in this community, there is a mother crying because she can’t pay the bills or find the money to feed her children every meal. Hunkered in a chair somewhere, a veteran’s face is buried in his hands in defeat. Somewhere in North Platte, a family will have nothing to eat this Thanksgiving; no special meal on Christmas. In fact, by Christmas, they may not even have a place to call home. There are homes in our community where the electricity and water has shut off, and eviction is only a matter of days away; leaving absolutely no money for something as simple as the good meals we take for granted.

Life can get the best of everyone, and the impact is different for each person. When someone is in need, they should be able to rely on others to lend a hand and show they care. This is why it is incredibly disheartening to see the selfish attitude and sudden disinterest among North Platte High School students in this year’s annual canned food drive.

In previous years, NPHS students have received a half-day off school on the last day before winter break as an award for meeting their goal of food collected. This year the half-day isn’t possible, and I’ve heard talk among students in the hall about how if there’s “nothing in it for them,” they don’t care about participating. This is purely selfish and doesn’t reflect the kind of people we are capable of being; the kind of change we are capable of making. Let’s consider for a moment our community members, and even fellow students whose bellies are always numb with hunger, unsure of when the next meal will come.

Lenz spent a while in jail over the summer after years of addiction and homelessness. “I got released from jail in Sioux City on August 5th and relocated to North Platte the very next day,” he said. His sister is a North Platte resident, but he couldn’t live with her until he got back on his feet and took greater responsibilities in his life. This led Lenz to the Connection. “When I was 24 I had a few cars, my own boat, a house, plenty of money, and my own business, but I never felt complete because I was broken. I was arrogant and I didn’t care about other people,” Lenz said. His perception on needing help from fellow humans changed when he realized falling down and being in need can happen to anyone at any time, no matter how much money you have or where you’re at in your life.

Connection resident Jeana James said, “To be at the Connection is an experience I never thought I’d go through. I always thought I’d never have to live here. Yet, here I am, 40 years old with my 8-year-old son.” It all started for James at the end of her son’s second grade year when they moved out of their apartment. “He had to stay with his dad while I went on the road for my construction job as a flagger. I felt like I didn’t have time for myself, let alone him,” she said. James ended up losing that job because she tore a tendon in her arm. She was out of work for six weeks, then started having seizures and received brain damage. “Not being able to even look for a job because you can’t, for me, is like being paralyzed,” she said.

James spent several months living on the streets while her son lived with his father. “I was going through a really rough time, mentally, physically, and emotionally,” she said. “It was a total disaster. We didn’t know what was going to happen from day to day. It wasn’t that [my son] couldn’t be with me, it was just safer for him to be where he was at. I didn’t want him in the back of my truck as it was getting colder,” James said. She received several offers to move into an apartment at the Connection from friends and workers at Heartland, her mental health facility. She got on the waiting list, then turned the offer down because she felt she was too good to be there.

“I was at my lowest. I’ve never felt that low in my entire life. I cried for three days and prayed to God,” James said. She had to humble herself and realize “I’m not too good for that.” A week later, she and her son began living in a three-quarter house at the Connection, where they have been for a little over a month.

The Connection is one of the facilities in town who rely on the food brought in by the annual canned food drive to feed not only their residents, but also anyone in the community without a home or people who do have a home but can’t afford food. Director

says the Connection serves as both a weekend food pantry and emergency food pantry. “The other night I counted eighteen non-residents who came in for supper in the open dining room,” she said. “We don’t just feed the shelter, we feed everyone who comes in off the street and needs something in their belly. It has definitely humbled me,” said James.

For some, the food offered by the Connection keeps bellies full until the next car payment can be made. On another hand, “Many senior citizens are in dire need; they have a limited income and can’t make it stretch. We also reach out to many community members with mental and physical disabilities who don’t get much social welfare,” she said. “Most people on disability have only $300 a month to stretch between rent, food, and gas if they have a car. That’s not enough,” she said. The thousands of nonperishable food donations brought in by our high school drive have a huge impact on the various food pantries in town. Without our help, keeping people from being hungry during the winter months will be a much harder task.

James says in the past, she has not been someone who wanted to get out and help. “I’ve since realized you reap what you sow,” she said. It can be hard to step outside yourself when you’re used to having everything you need, in addition to many of your wants. However, your choice to step outside yourself and give to others is detrimental; not just now but for the rest of your life.

“People should consider that all people can end up in this same spot. It’s important to be aware and be humble, and realize that this could be you,” said Lenz. This is someone’s health, their joy, their energy to keep going in this life. Sacrificing a half-day off doesn’t hurt half as badly as an empty belly going on it’s fourth day or the inability to provide for your children. The world has enough darkness and selfishness without our contribution so let’s contribute in a more positive way. Set aside the need for incentive and the competition this year and donate for the sake of humanity.

As we’ve learned from Lenz and James’ stories, sometimes, it takes a reality check to truly understand the purpose of life. Both residents have used the help they received in their darkest of times, and they’ve risen above to spread the importance of helping others. James and her son are back together, looking to move into their own apartment. “[My son] focuses a lot more in school now. He’s pulled his grades up. He’s so much more secure and happy now. I’ve got my boy back, he’s got his mom back,” she said.

Lenz is involved in Narcotics Anonymous, where he leads two meetings a week. He is working hard, loving others, and improving every day. “The best thing we can do for other people is to be compassionate. By being compassionate and giving and trying to make other people’s days better, that in turn makes you a better human being,” said Lenz.

It’s time to stop thinking about what we’ll receive by serving others, and simply serve others. “We need to be humble, we need to not just think about ourselves. I want to get out and do it myself,” said James. NPHS, this isn’t an issue of whether or not we get a half-day in December. This is a humanity issue. The cans we bring in are vital to providing for people in this community and giving willingly with no expectations of anything in return is a step in the right direction for our futures. “Our kids are our futures. We as a community are the only ones with a voice, we have to do something about it,” said James. North Platte High, let’s do something about it. Half-day or no half-day, the world needs our love. Let’s get more cans this year than ever before.