Protest outside of McKinley Education Center

A protest over mask requirements occurred on August 25. 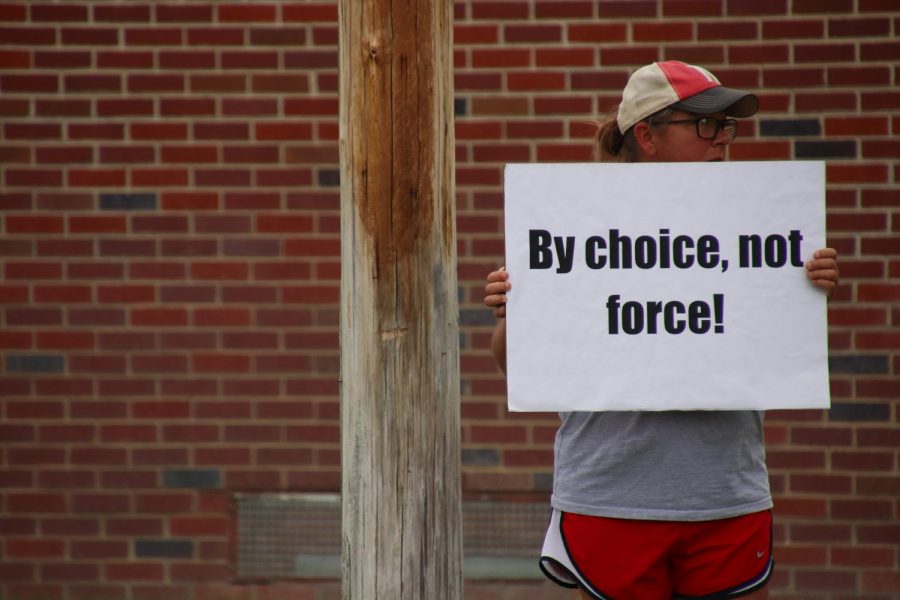 A protest emerged Wednesday outside of the McKinley Education Center. “Our main goal is that masks should be optional at North Platte Public Schools,” said David Orr. “Parental choice is important.”

Orr says that students are already under a lot of pressure as it is, and would not like to burden them with even more stress. “I think that school-aged kids have enough stress going on already.” He continues, “To make them wear a mask every minute of every day and have them think about COVID every minute of the day is not conducive to learning.”

The participants say that they don’t want to ban masks, but make them optional. “Every parent should have the choice whether or not they send their kid with a mask,” says Dustin Freeman. “We’re trying to make it so that parents have the choice [for their students] to wear masks.”

Freeman says that the downsides of masks outweigh the benefits of masks. “I think that a lot of children especially look at facial features when you’re talking,” he said. “I also think masks spread fear.”