David Sack achieved his full private pilot's license at the age of 17. 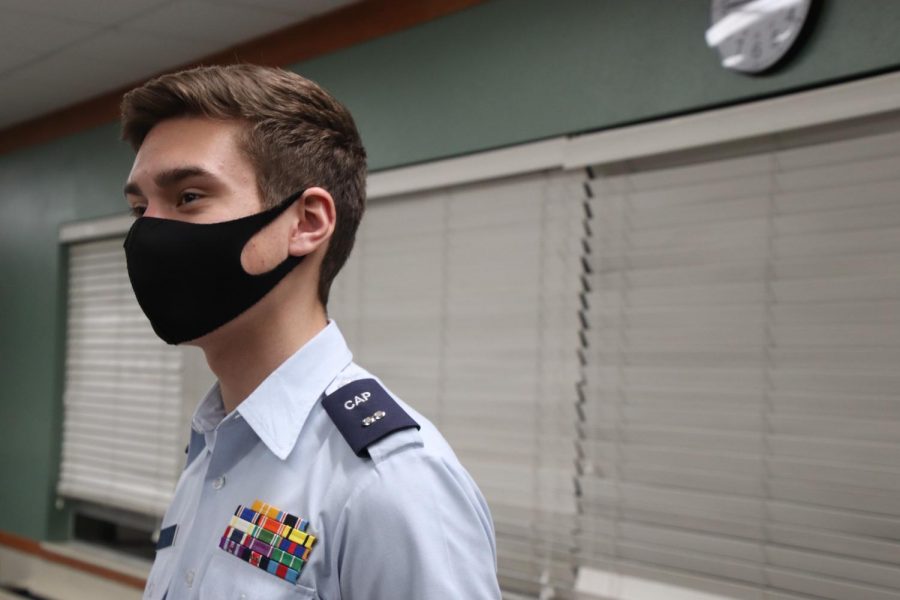 David Sack turned 17 in January, and just two months later, he is now a licensed  private pilot.. The Lieutenant, a cadet commander of the Lee Bird Composite Squadron (LBCS), passed his practical test on March 1.

Sack’s interest in flight began at a young age.  “We lived close to an airport; and so the C-130s would fly over our house,” he said. He has wanted to take to the skies ever since.

No one ever told Sack he couldn’t become a pilot, even a young one. “If someone said I couldn’t, I just proved them wrong,” he said. “I’ve just stuck with that motivation.”

Last summer, Sack was excited to get a full-ride scholarship to learn to fly at the Civil Air Patrol Flight Academy in North Dakota. Then COVID-19 cancelled it. “They offered virtual ground training, for free. After ground training, you would take the written test.” he said.

Sack is not only a young pilot, he paid for the $140/hour private instruction himself working two jobs “I did that over the summer and built up my money, so I could do it all at once,” he said.

Sack soloed for the first time in October.

Squadron Commander Tom Moore, a pilot himself, said that Sack’s pilot’s license is a major accomplishment. “It’s a large step, it takes a lot of hours, lots of concentration, and he has all of that,” he said. “It is a great accomplishment, for him and for our squadron.”

Deputy Commander Dean Dike said that Sack’s dream began turning into more of a reality during the orientation flights. “Lieutenant Sack has a love of aviation, and… was encouraged by numerous senior members,” Dike said.

“We take tests based off of aerospace modules, parts of an aircraft, the aerodynamics of flying, so it kind of instills in our minds what it is and how it works,” he said. “It helps us further our careers.”

Cadets also take leadership tests, and Sack said his leadership skills have grown in the past few years.  “When I first started off, I’ll be honest, I was pretty quiet, and I was deathly afraid of public speaking,” said Sack.

Other commanders said that Sack makes Civil Air Patrol enjoyable for the other cadets. “[Lieutenant Sack has] added a fun nature to it, he keeps it laid-back but professional at the same time,” First Sergeant Jerry Cox said.

Moore said that the Civil Air Patrol can be very influential when getting cadets interested in flight. “Civil Air Patrol helps young pilots by allowing them the availability of learning about aviation, and we have encampments that [the cadets] can go to learn more about flying and also take a flight clinic where they can learn how to fly and solo an airplane,” said Moore.

Dike said that Sack is a natural leader who commands respect when he walks into a room. “His level of leadership, his level of preparation, he has spent hours preparing,” Dike said.

Sack leads by example, and makes sure that the cadets stay motivated. “If you talk the talk, but don’t walk the walk, that’s not a good leader,” he said.

Sack believes that by staying motivated and making a timeline, being specific, and giving all his effort helps cadets see. “Hey, if he could do it, I could too,” Sack said.

Sack will graduate from North Platte High School in May, and has big plans for the future. “Now that I’m done with my private [pilot’s license], I’m going to work towards my complex and high performance rating, and save money for college [by] working,” Sack said. “This fall I’m planning on attending UNO for their aviation program.”

Sack hopes sharing his journey to  becoming a pilot will help other interested cadets. “Sure, the path will be a little bit different for everybody, but they’ll have a general idea of how to do it,” he said.