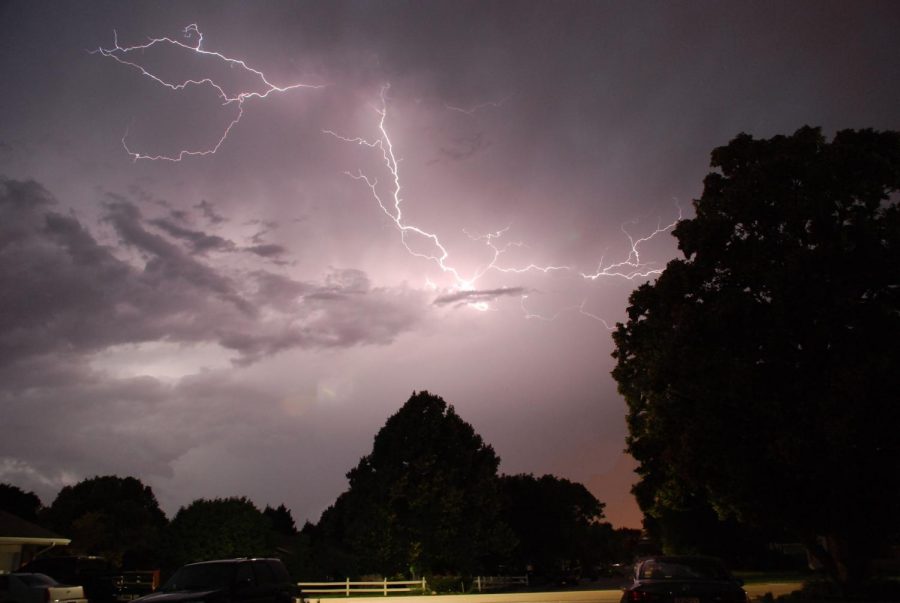 Lightning flashes across the sky during a storm over North Platte, NE.

According to the National Weather Service SKYWARN, the United States experiences more than 10,000 severe thunderstorms, 5,000 floods and more than 1,000 tornadoes in an average year. These storms may be terrifying for many people, however, some people turn and chase them.

In Storm Spotter training, you learn the basics of thunderstorm development, how to identify potentially severe weather, and more. These classes can be taken as an online course or in a virtual class. This training is free, and you need not have a special job to get it.

The Storm Prediction Center’s website says that their office can send out approximately 1,000 watches in a year. “Watches are issued by the Storm Prediction Center in Norman, Oklahoma, in collaboration with us, but last year we sent out about 20 for the North Platte area,” said Shawn Jacobs, the Warning Coordination Meteorologist for the National Weather Service office in North Platte.

The North Platte office has 26 counties under it, and has issued many warnings for those. “Last year, in terms of warnings, we issued anywhere from 350-400 severe weather warnings,” said Jacobs. For example, these warnings could be Tornado warnings or Severe Thunderstorm Warnings.

The National Weather Service [NWS] has a Spring Safety Campaign, bearing the name: “Spring Safe Places”. This campaign has the main purpose of ensuring everyone has a plan of where to go if there is a weather event.